The results for the 2019 Under 100MP Championships have been finalised. Congratulations to Jane Ryan and Sarah Edelman from the Sydney Bridge Centre who were the winners on handicap.

Congratulations also to Joanne Morgan and Gale Spalvins from the Sydney Bridge Centre who won the top prize of free entry and an ABF grant to attend the Restricted Butler Pairs at the Adelaide ANC.

The Annual General Meeting of the NSWBA was held on
Wednesday December 11 at 5.30pm
162 Goulburn St, Sydney.

The 2019 Annual Report is now available for viewing online.

9 pairs competed in the State Youth Pairs held at the NSWBA on Saturday, December 7. The winners were Raveen De Silva and Almir Gungor. 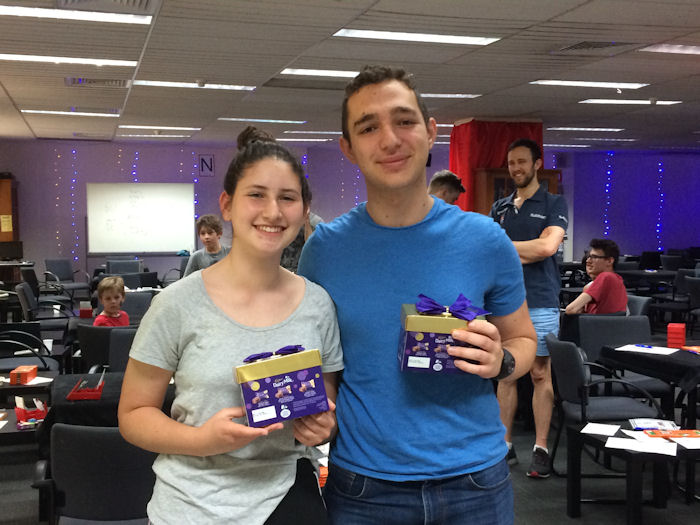 The State Open and Country Pairs Championships were held at the NSWBA on November 23-24. 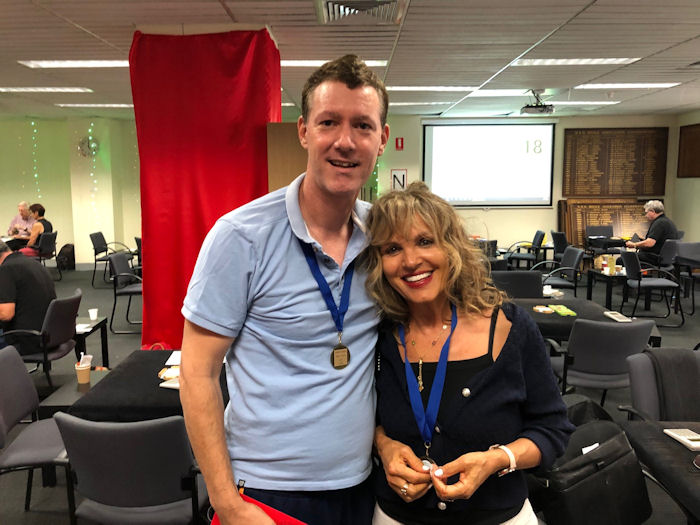 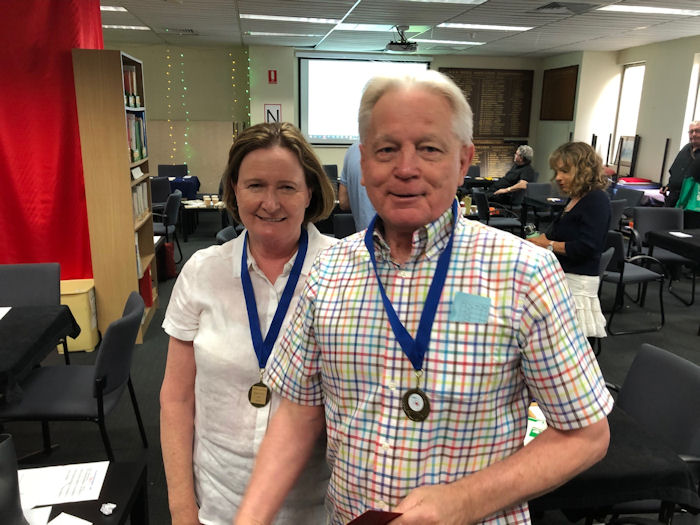 The winners of the Swiss Pairs Congress were:
Warren Lazer and Pauline Gumby

Invoices for next year's State affiliation fees were emailed out to all clubs on Fri 15th November. Please advise the NSWBA if the wrong email address has been used.

The NSW State Novice and Restricted Teams Championships were held at the Illawarra Bridge Association on November 16-17. 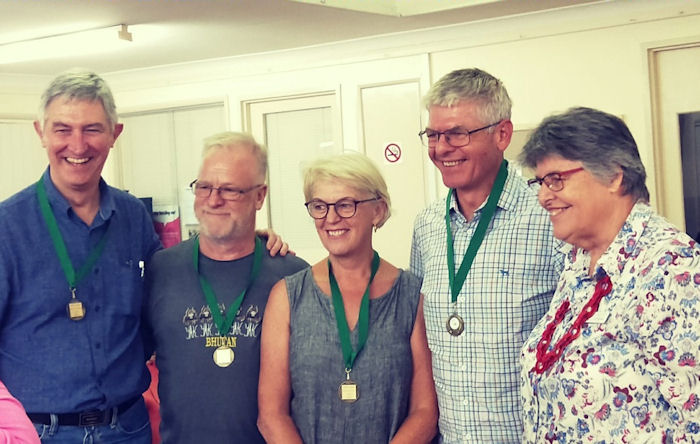 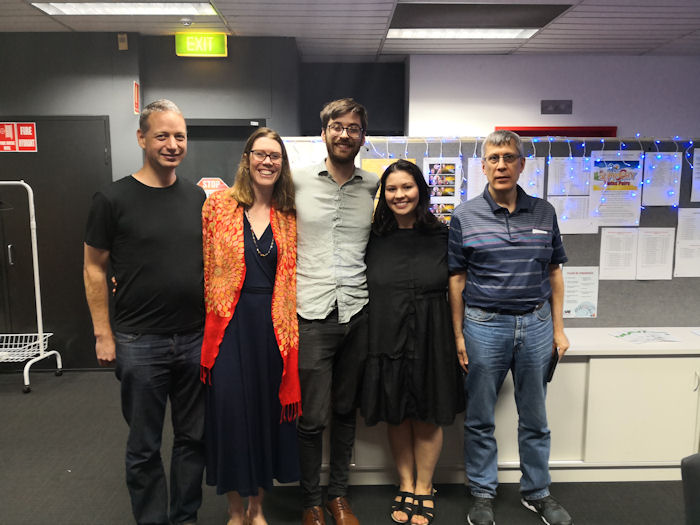 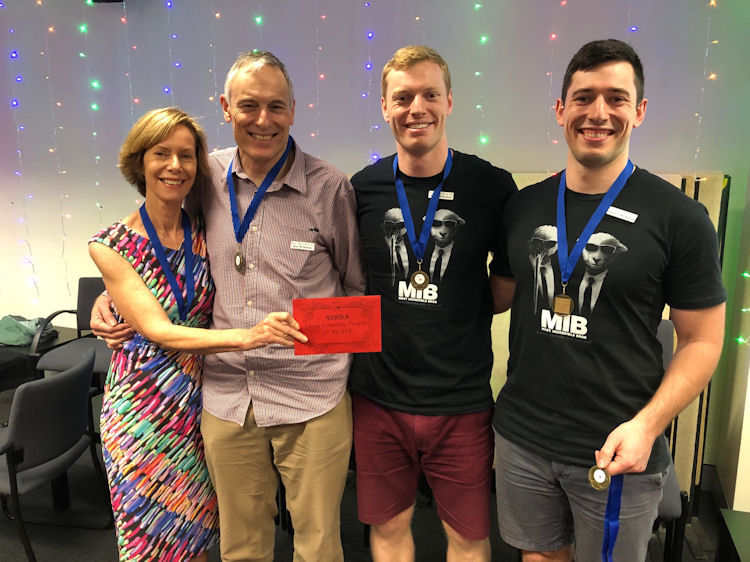 It was a close affair this year in the 2019 State Wide Pairs, with winners Margaret Dunlop and Nancy De Ville from Camden Haven (Lusc) less than a third of a top ahead of Rosemary and David Smart from Cromer. 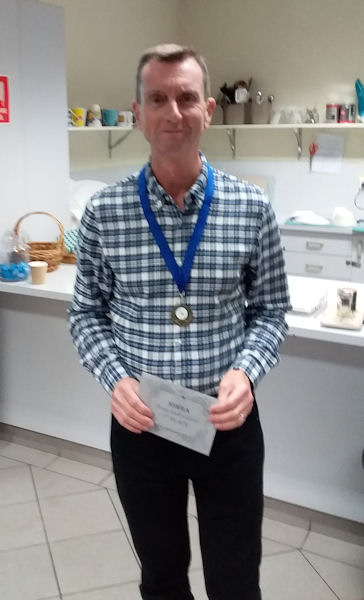 20 players played in the 2019 State Individual held at the NSWBA on Saturday August 3. The winner was Simon Haynes.

The State Veterans Pairs was held in Bowral on July 26-28. 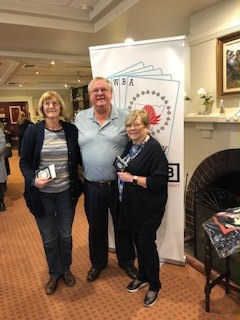 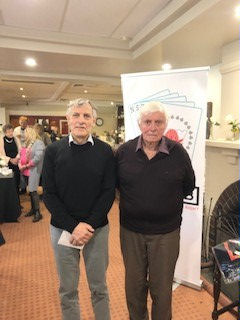 Congratulations to the NSW Seniors and Youth Teams for their wins in the Interstate Teams in Melbourne. The Youth dominated the qualifying and defeated South Australia in the Final 200.8-138. NSW lead all the way in the the Seniors qualifying and defeated Queensland in the final 121.3-107. Commiserations to the Open team who lost to South Australia 93.8-93. Well done to the Women's team who finished a close 3rd in the qualifying.

Players who are intending to enter the 2020 Australian Open Team Playoff should note that entries close on October 4. 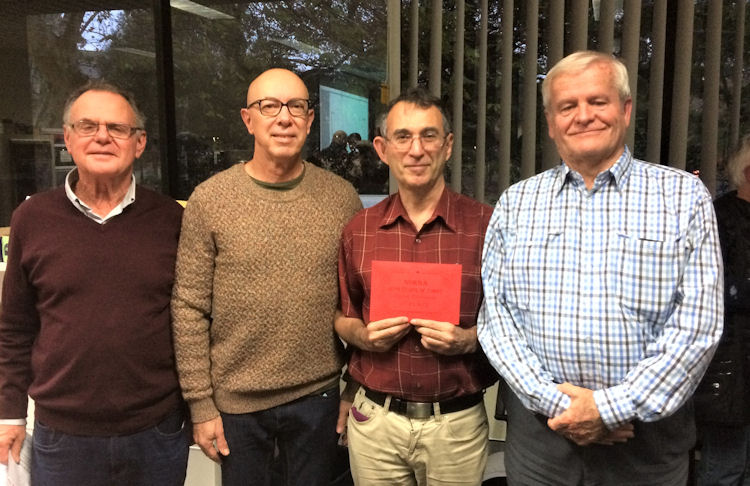 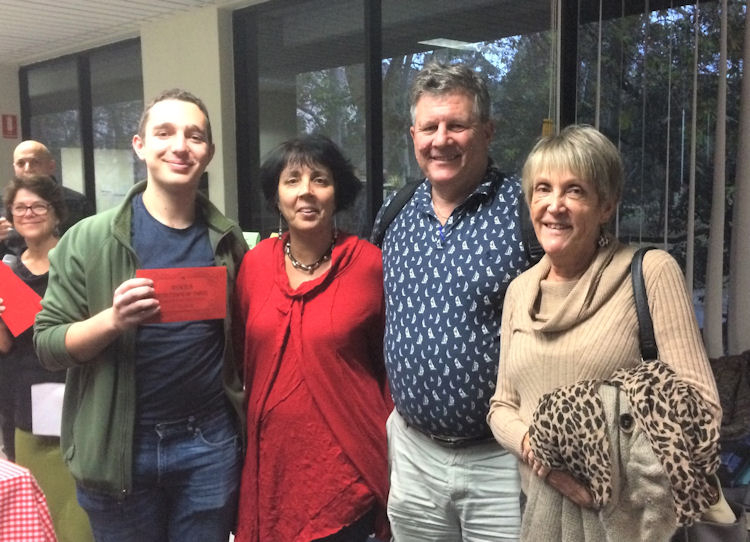 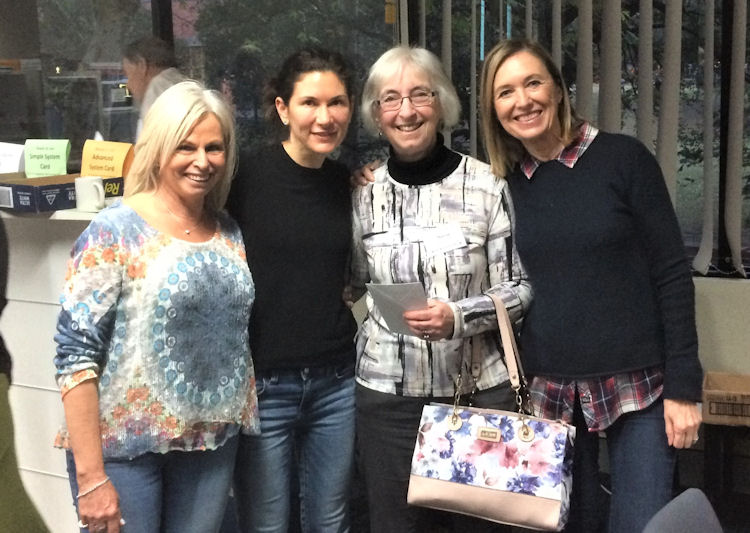 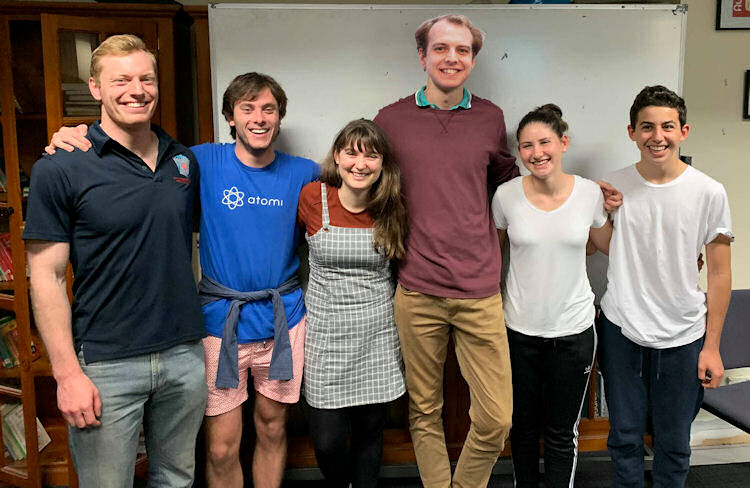 The members of the team who will represent NSW at the 2019 ANC Interstate Youth Teams in Melbourne in July have been selected.

Congratulations to the winners of the 2019 ANC Seniors' Interstate Selection. 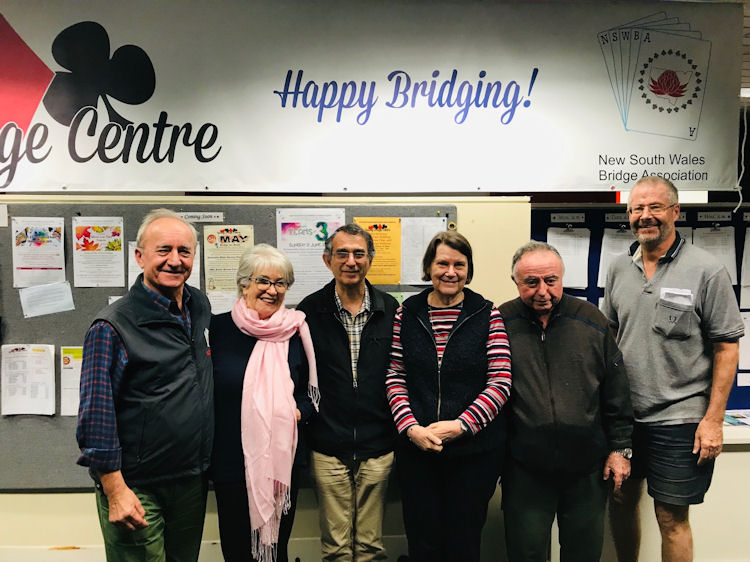 The team to represent NSW in the ANC Seniors' Teams in Melbourne in July is:

Congratulations to the winners of the 2019 ANC Women's Interstate Selection. 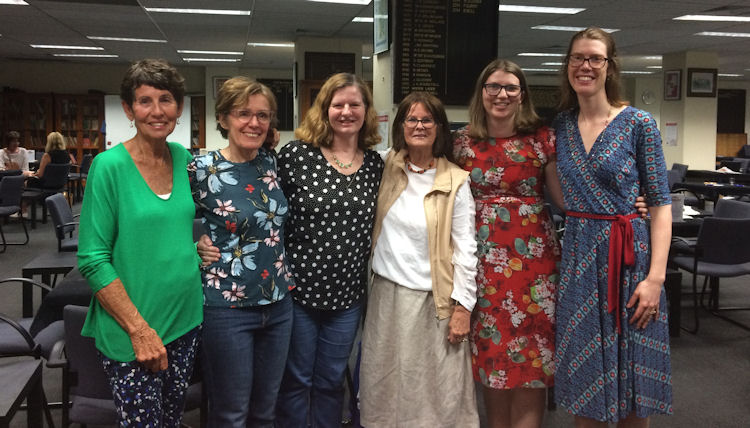 The team to represent NSW in the ANC Women's Teams in Melbourne in July is:

Congratulations to the ANC Open Team for 2019. 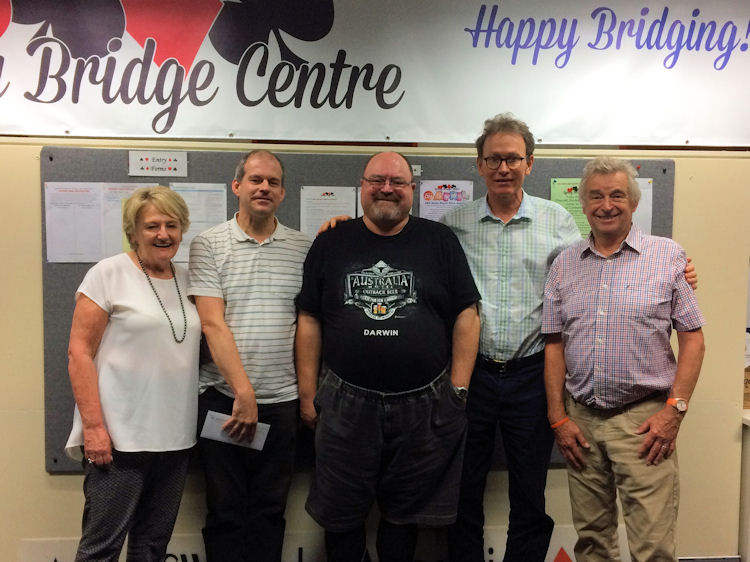 The team to represent NSW in the ANC Open Teams in Melbourne in July is: 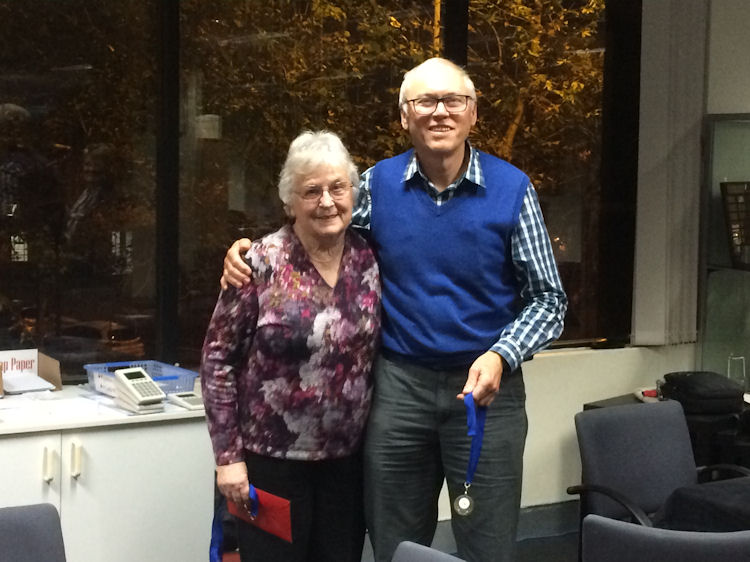 The State Mixed Pairs was held at the NSWBA on May 25-26.

The winners were Shirley Arnold and Barry Dalsto from the Pennant Hills BC.

The State Country Mixed Pairs was won by Jim and Ellie Fitz-Gerald from the Maitland BC.

The Australian Bridge Directors' Association Seminar is to be held on July 27-28, 2019 at the Victorian Bridge Association, 131 Poath Rd, Murrumbeena, Victoria 3163. The Seminar will be open to all however, travel subsidy will only be available to current financial members. 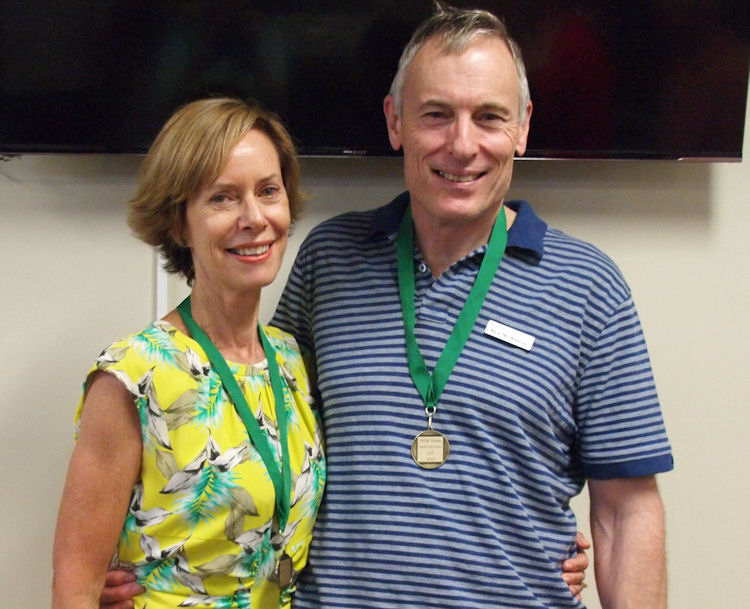 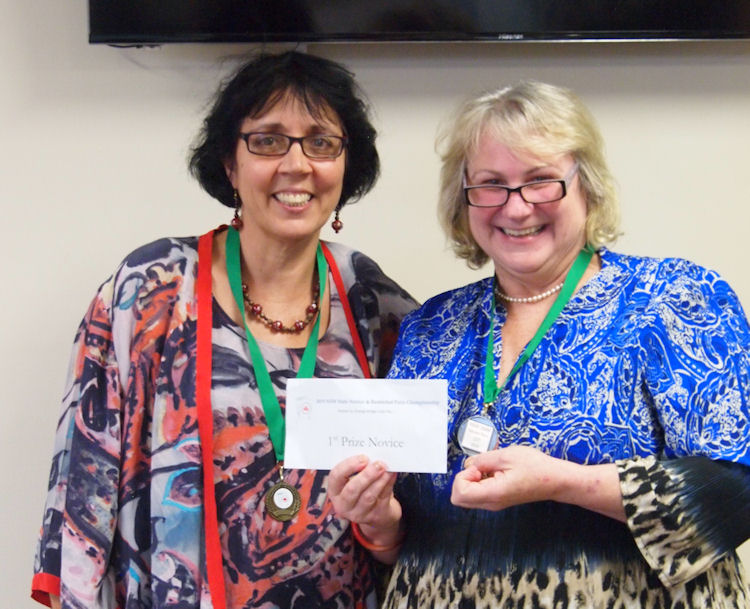 The winners of the State Novice and Restricted Pairs hosted by the Orange BC on March 23-24 were:-
Restricted: Sue and Ken McMahon
Novice: Maeve Doyle and Di McAuliffe

Last year we conducted a survey about the Monday night session. The results, in summary and then by each question are described in the document below:

The key actions proposed are:

The next Club Level Directors' course will be held at the NSWBA on Saturday May 11, 2019. 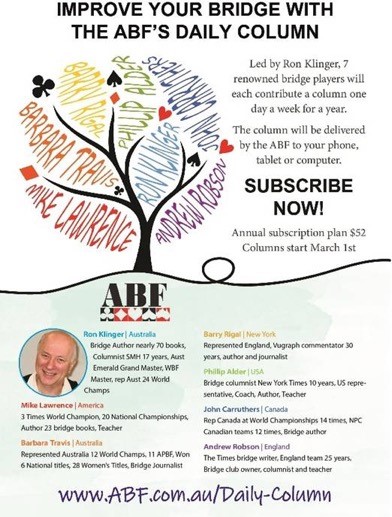 This team with the addition of Pele Rankin and Stephen Fischer will along with the teams below represent Australia at the Australian Pacific Bridge Championships (APBF) in Singapore in June and at the World Team Championships in Wuhan in September.