The Annual General Meeting of the NSWBA was held on Wednesday December 11. The makeup of the new council is posted here.

There will be a change to the way the Grand National Open Teams (GNOT) will be run in 2014. All regions in NSW will be administered by the NSWBA. 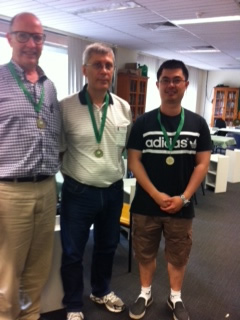 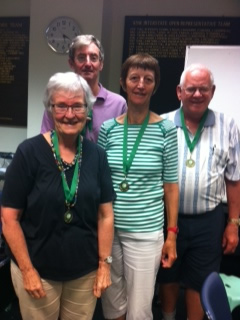 Following the review conducted in October, the NSWBA has now developed a strategic statement for the period 2013-2017. It contains a statement of our vision, our mission, the values we intend to operate under, and the key challenges we have identified.

A new procedure for reporting a Psyche has been implemented at the NSWBA. Either the psycher or the person psyched against can report it.

Winners of the Open Teams were Michael Wilkinson, Griff Ware, Pauline Gumby and Warren Lazer and the winners of the Dick Cummings Open Pairs were David Beauchamp and Ian Thomson.