The results for the 2016 Under 100MP Championships have been finalised. Congratulations to Edward Gao and Morgan Gao from Great Lakes who were the overall winners. 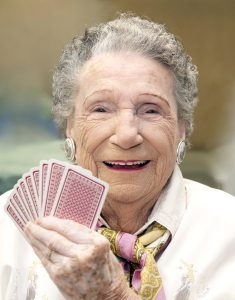 Marion Rice passed away on November 22, 2016 at the age of 107. Marion has been a member of our club for over 40 years. Her health kept her away from SBC in recent times, but until then Marion played at Goulburn St regularly, including morning and afternoon of our Christmas party last year. Her first congress was at the Carrington Hotel, Katoomba, in the Blue Mountains when she was invited up by Paul Lavings and Ron Klinger. Until recently she still played regularly at the Gold Coast Congress and has gone on many Bridge Cruises. On her 106th birthday, there was a press release published in the Senior Magazine. 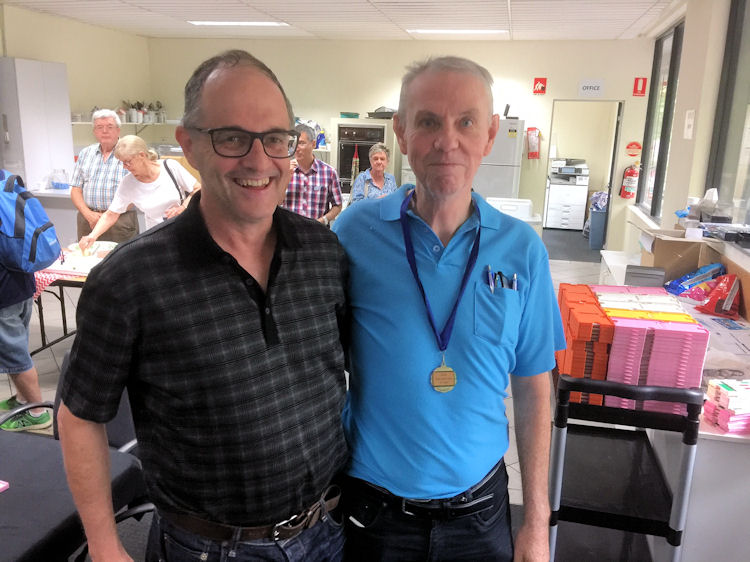 The State Open and Country Pairs Championship was held at the NSWBA on November 19-20. The winners were:

The winners of the Swiss Pairs Congress were:
Peter Jeffery and David Hudson 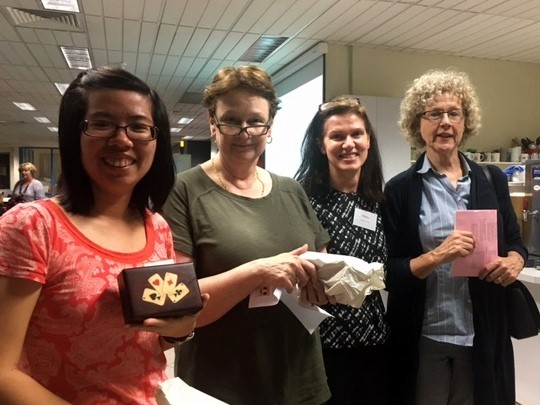 The winners of the Women's Teams of Three held at the NSWBA recently were the DAWSON team.

The NSWBA would like to thank both Marcia and John Scudder for their hard work for the past 7 years.

The Annual General Meeting of the NSWBA will be held at the NSWBA premises on Wednesday December 21, 2016 commencing at 6:30pm. This is your opportunity to have your say and make suggestions or to simply congratulate the outgoing Council.

There will be a motion to replace the Constitution.

The next Club Level Directors' course will be held at Trumps Bridge Club on Sunday November 13, 2016.

For all results and eBulletins please visit the Championship Website.

Congratulations to Matt Smith and Johnno Newman who had a convincing win in the Swan River Swiss Open Pairs on August 20-21 in Perth. 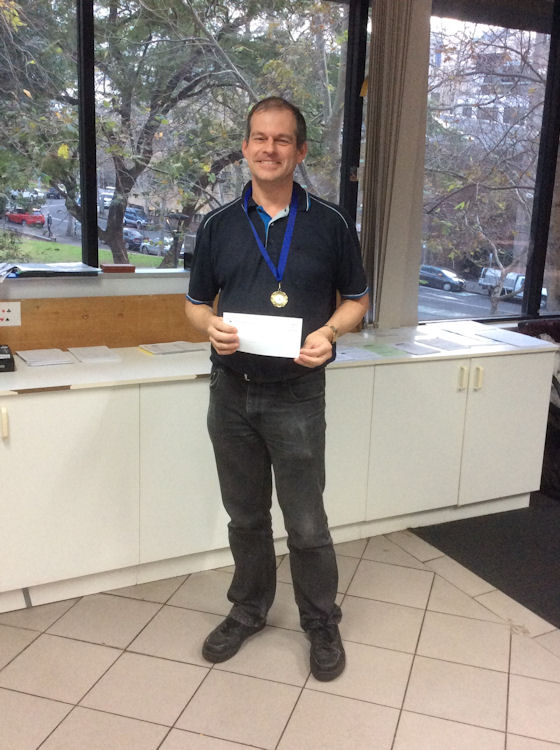 28 players played in the 2016 State Individual held at the NSWBA on Saturday August 6. The winner was Julian Foster. 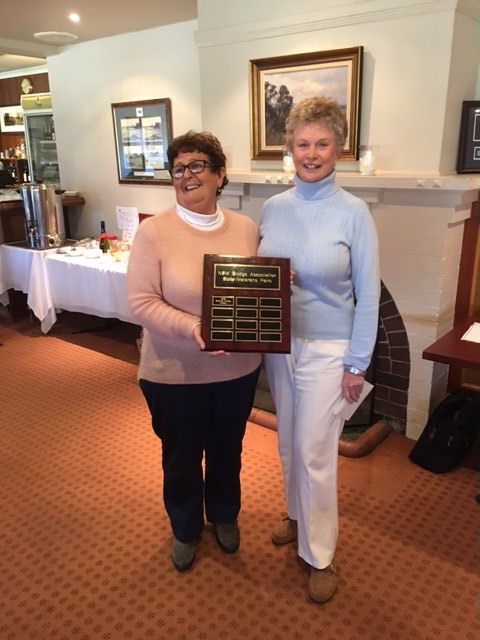 24 Pairs travelled to Bowral on July 29-31 to compete in the State Veterans Pairs. The winners were Carolyn Dowling and Anne Small.

All of the Results and Bulletins can be found on the 2016 ANC website.

The café downstairs has agreed to open up on Sat 8th and Sunday 9th to cater for players who want to order lunch. They will supply a list of available sandwiches/salads and the players will write their orders on paper bags prior to the commencement of play which will be delivered up before lunch.

Players who have failed to qualify via a club qualifying event may form teams and enter the Metropolitan Final directly via the NSWBA.

ALL players are invited to compete in this year's State Open Teams Metropolitan Final Congress on Sunday September 18 . Cash prizes will be awarded.

Go to www.abfevents.com.au/events/pawobf/2016/ for more information.

Expressions of interest are being sought for the position of Tournament Organiser of the Sydney Spring Nationals in 2017.

Update: Michael Prescott has been appointed as the organiser for 2017.

Tony Howes will present a course for Bridge Directors at the Griffith Exservicemens Bridge Club on August 21. Contact Leonie Evans at . 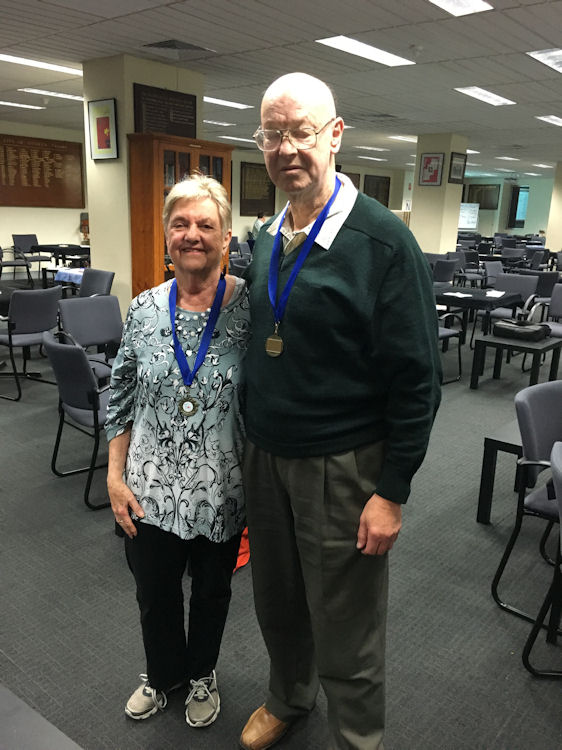 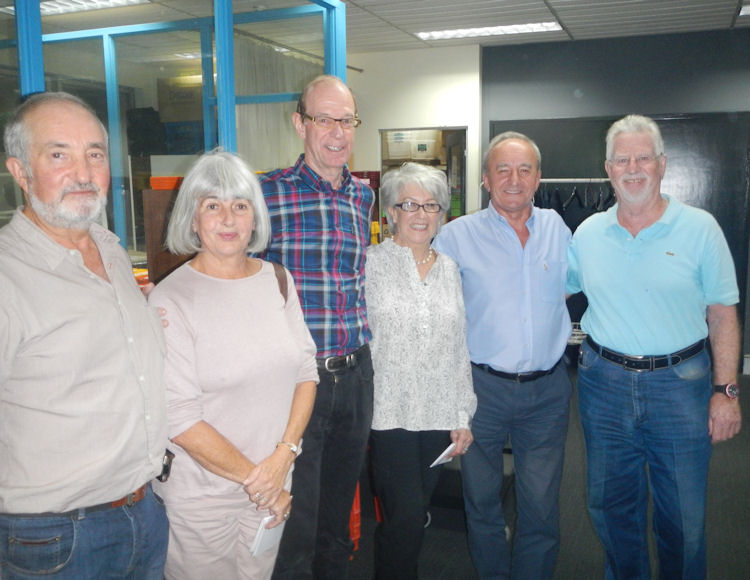 Congratulations to our NSW Seniors' Team! 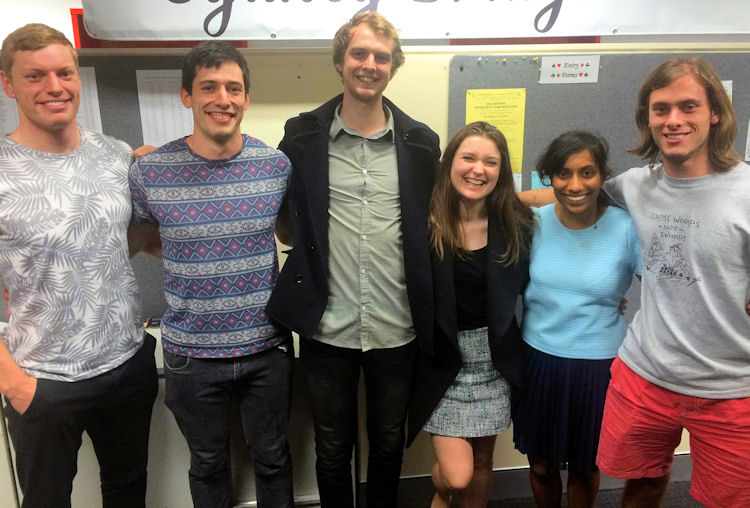 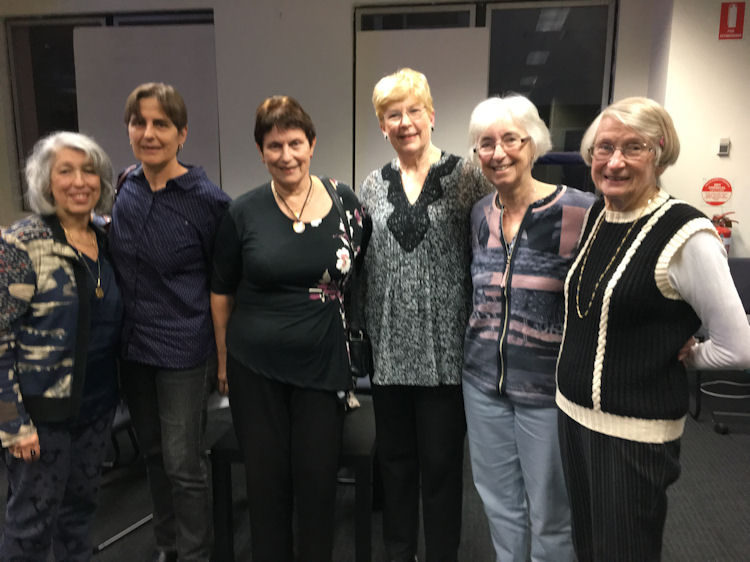 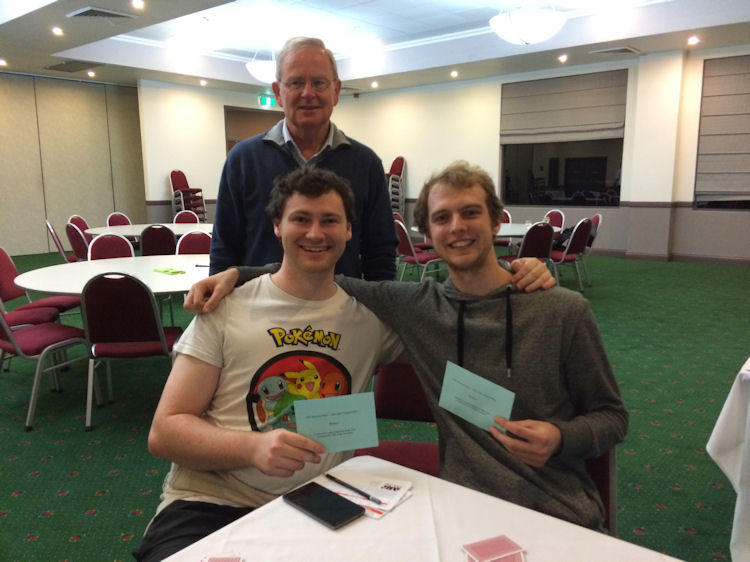 The State Restricted Pairs Championship held in Mittagong on April 23-24 was won by Richard McAuliffe and Matt Smith. Winners of the Novice Pairs were Paul Roach and Ken Cahill.

The Seniors' Interstate Team Selection (SITS) which will select the Senior team to represent NSW at the ANC in Brisbane in June is open to all players born before 1st January 1958 who are permanent residents of NSW or who are bona fide members of a club affiliated with the NSWBA. However, all entrants must be contending, i.e. all entrants declare their availability to represent NSW at the Brisbane ANC. Country players may apply for subsidies.

The SITS will run on a single weekend on May 14-15 at the NSWBA premises. Two sessions on the Saturday will qualify 8 pairs to the final on Sunday. Any players not qualifying for the final may play in the SITS Swiss Pairs Congress on the Sunday free of charge.

The SITS Swiss Pairs Congress is open to all players.

The next Club Level Directors' course will be held at the NSWBA on Saturday, May 7. 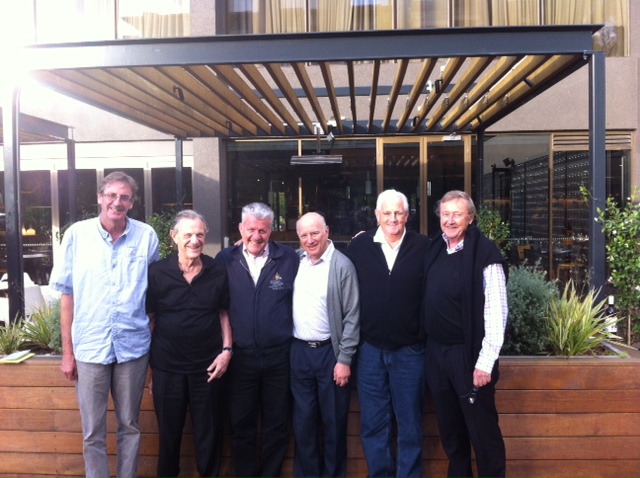 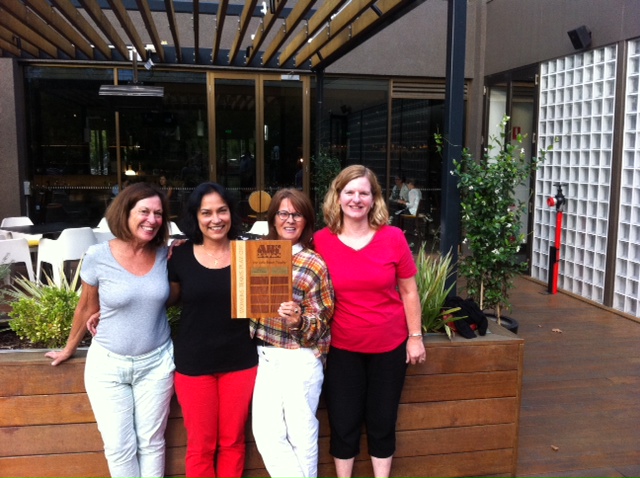 The playoffs for the 2016 Australian Seniors' and Women's Teams concluded on Thursday March 17, 2016.

Congratulations to the LORENTZ team who will represent Australia in the Seniors's division of the World Bridge Games in Wroclaw in September: Gabi Lorentz, Stephen Burgess, Robert Krochmalik, Paul Lavings and Ron Klinger from NSW and Bill Haughie from Queensland and to the PITT team who will represent the Women's division: Helene Pitt and Ruth Tobin from NSW and Pele Rankin and Paula McLeish from Queensland. 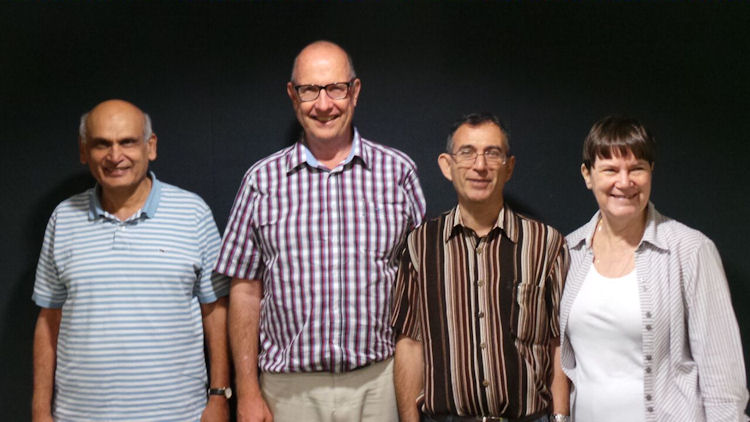 The final of the Gold Coast Congress Open teams was won by the KANETKAR team. Runners up were the GOLD team, Leigh Gold, Vanessa Brown, Will Jenner-O'Shea, Mike Doecke and Joe Haffer. 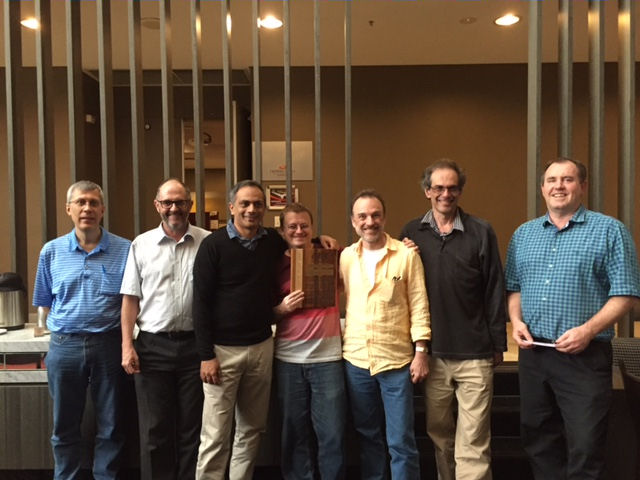 The playoff for the 2016 Australian Open Team was concluded on Thursday February 11, 2016. Congratulations to the NUNN team who will represent Australia in the Open division of the World Bridge Games in Wroclaw in September: Andrew Peake, Peter Gill, Sartaj Hans, Tony Nunn from Sydney and Ben Thompson and Bill Jacobs from Melbourne.

The format for the Womens Interstate Teams Selection (WITS) has been simplified this year making it easier for all women in NSW to participate. Country players may apply for subsidies.

The WITS will run on a single weekend on April 16-17 at the NSWBA premises. Two sessions on the Saturday will qualify 8 pairs to the final on Sunday. Any players not qualifying may play in the WITS Swiss Pairs Congress free of charge.

All players entering the WITS must be contending. i.e. all entrants declare their availability to represent NSW at the Brisbane ANC.

The WBF and BridgeBase Online invite all women players to participate in the Spring World Wide Online Women's Bridge Festival to be held from 4th – 10th April 2016. More details here:

Congratulations to Warren Lazer, the winner of the McCutcheon for 2015 with 516.06 masterpoints.