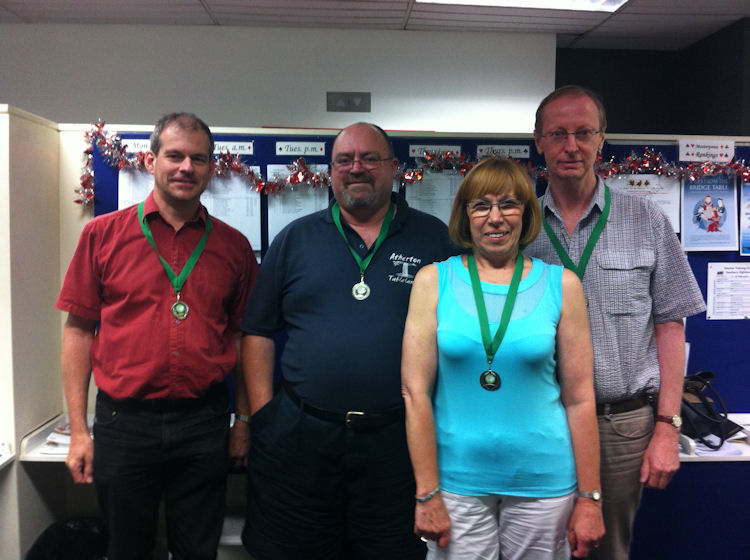 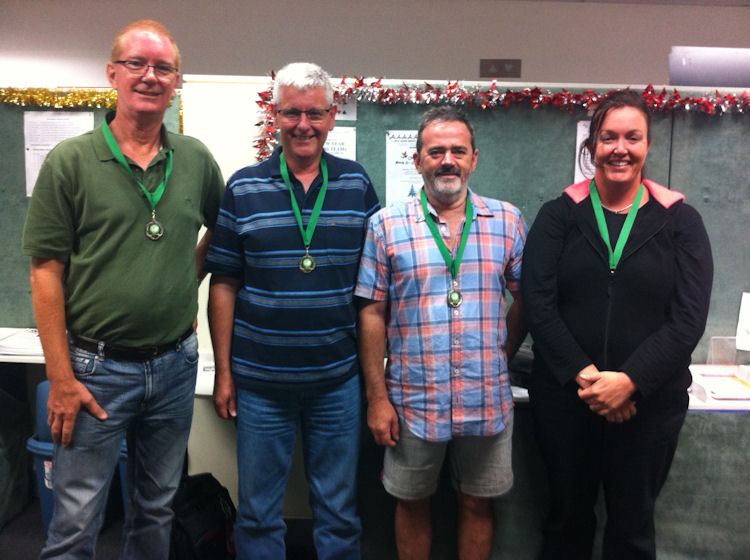 As the best country team the Potts team, representing the Northern Zone, takes the title of State Country Teams Champions.

Congratulations to Terry Brown, the winner of the McCutcheon Trophy for 2014.

Tales from the Bridge Table
- a Bridge Competition with a Difference

Derrick Browne from the Trumps Bridge Club, Gordon Parker and Kerrie Eyers are seeking human interest stories with minimum technicality and maximum entertainment that illustrate why bridge is a passion, not just a game. Submissions, anecdotes and other creative bids will be judged by an independent panel and prizes awarded.

More details regarding prizes and how to enter can be found on the Trumps Bridge Club Website.

At the 2014 Annual General Meeting three members were awarded Life Membership of the NSW Bridge Association in recognition of valuable contributions and service made over many years. They were Marcia Scudder, Pauline Gumby and Bruce Neill.

It is now just over a week since the Martin Place siege ended with the tragic death of two hostages. Katrina Dawson, one of the innocent victims, was the daughter of Jane Dawson, a regular tournament bridge player both at the NSWBA and elsewhere.

The NSWBA, on behalf of all the NSW bridge community, would like to offer our deepest condolences at this time to Jane and the rest of their family.

The Annual General Meeting of the NSWBA will be held on Wednesday, December 10 at 6.30pm.

The 2014 Annual Report is avaliable for viewing online.

The 2014 Sydney Spring Nationals have concluded. For all results and bulletins please visit the Championship Website 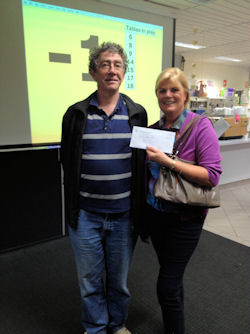 The winners of the 2014 State Open Pairs were Michael Courtney and Jeanette Reitzer.

The 2014 Country Open Pairs was won by Larry Bryant and Roy Low.

The NSWBA is calling for nominations from Clubs for the Special Councillors to represent each of the four zones for the 2014-2015 period.

The SportAccord World Mind Games Online Tournament started on 15th September. Click here to go to the Press Release and the details of the Tournament and how to register are at : www.onlinewmg.com

The ABF has announced another Special grants program for 2015. Clubs are asked to get applications to the NSWBA by 30 September 2014.

The position has been filled by Martin Clear.

The winners of the 2014 State Wide Pairs were Jane North and Helen Wilson from Dubbo Bridge Club.

The charity day raised in excess of $1000 for the Stroke Recovery Association, founded by Anita Rosenberg.

Please go to: www.abfevents.com.au/events/pawobf/2014/ for all of the results.

The first Professional Development Day for Teachers (free for teachers and supervisors) will be held at the Peninsula Bridge Club on Sunday 21 September. Joan Butts will present modern content for teaching intermediate and advanced courses on bidding, play and defence.

Joan will also be conducting a workshop, "Keeping your Defensive Communications & Breaking Declarer's Communication" on Saturday 20 September. Detais are in the flyer.

The first edition of the revamped NSWBA Newsletter is now available online. View it here. 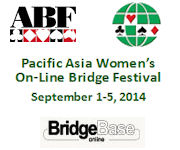 The Australian Bridge Federation, in conjunction with the WBF, is pleased to invite all female bridge players to participate in the FIRST Pacific Asia Women's On-Line Bridge Tournament to be held from 1st to 5th September 2014 inclusive.

Please go to: www.abfevents.com.au/events/pawobf/2014/ for all of the details and register your interest in playing by completing the registration document on the web site.

Although primarily aimed at the Pacific/Asia countries, it is open to all female bridge players. 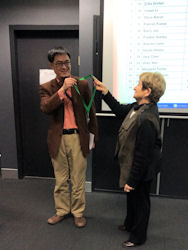 28 players played in the 2014 State Individual held at the NSWBA on Saturday August 2. Tying for 1st place were Yumin Li and Zofia Dreher. Your NSWBA Bulletin is changing!

All of the teams to represent NSW at the Australian National Championships have been selected and ratified. To avoid byes NSW will field a second team in the Women's and Seniors' divisions. 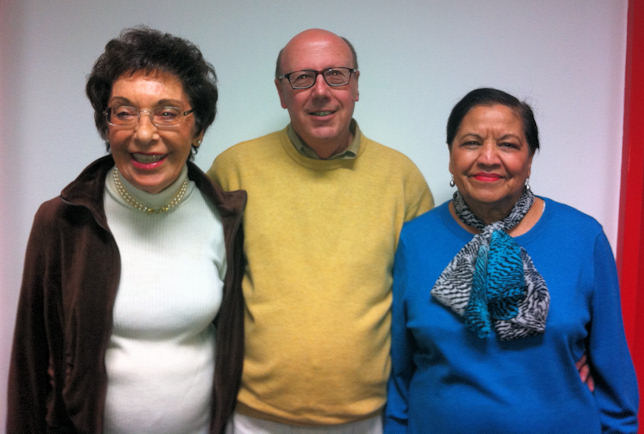 The winner of the NSW State Singles was Billie Gupta.

Forty-two teams participated in the NSWBA's Teams of Three Congress. The winners were the team captained by Les Grewcock with Richard McAuliffe, Johnno Newman and John Scotford.

On Sat 31st May, a group of representatives met with most of the NSWBA Council members for an annual get-together. 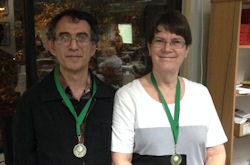 The State Mixed Pairs was held at the NSWBA on May 24-25. The winners were Pauline Gumby and Warren Lazer. The inaugural Country Mixed Pairs was won by Gary Heyting and Dorothy Berzins.

The NSW Seniors Interstate Teams Selection  was held on the weekend of May 17-18 at the NSWBA to select the teams to represent NSW at the ANC in July.  The winning team of Lester Kalmin, Kevin Davies, Steven Bock and Les Grewcock has been augmented by Andrew Markovics and Nigel Rosendorff.

The teams to represent NSW in the ANC in July will be:

For all of the results go to ITS Results

All clubs are invited to participate in the 2014 State Wide Pairs in August. There are significant changes in 2014 including a reduction in the entry fee.

Entries are now being taken for the Australian National Championships Butler and Congress Events.
» Enter online

Please visit the Championship Website for all information relating to the ANC.

NSW hosts the ANC only once in 8 years. Our turn comes up in 2014. We are looking to our members to volunteer for various jobs, both now and during the Tournament in July. So watch this space.

A seminar by Peter Buchen was held recently at the NSWBA on the new WBF Victory Point Scales. Peter has produced a one page introduction to the WBF Scales.

Sydney Girls High School is looking for an assistant to teach bridge to an enthusiastic group of year 8-12 students.

The position has been filled by Catherine Ritter

Joan Butts will be running a Teaching Training Workshop in Newcastle on February 15-16. Details are on the ABF website.

For all of the McCutcheon listings go to www.abfmasterpoints.com.au/mpsbynational.asp?rep=top50year

In 2014 the method of calculating Congress License Fees will be based on masterpoints.